What is Tightrope Surgery? 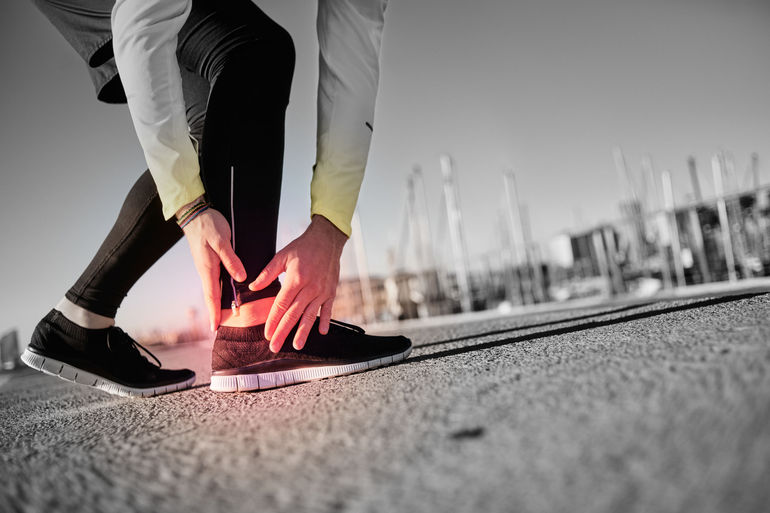 Tightrope surgery has become more popular in the last year or so due to some cases of famous athletes having the procedure and subsequent features on ESPN. But what exactly is this surgery and when is it necessary? The tightrope is a device made by Arthrex, an orthopedic implant company, that is used to stabilize the syndesmosis after an injury. This device allows FLEXIBLE fixation, an improvement over the previously RIGID forms of fixation.

The syndesmosis is a strong band of ligaments that connects the fibula to the tibia. Given that these ligaments are quite strong, it usually takes a significant amount of energy to cause an injury. Usually, there are high energy sports injuries in football, basketball or rugby, although they can also happen from falls and car accidents. When the syndesmosis is disrupted, this is usually quite painful, although in some cases athletes can walk and even play through this injury.

A patient with a syndesmotic injury should be evaluated by an orthopedic foot and ankle surgeon. This evaluation involves a patient history, a physical exam with stress testing of the syndesmosis, and weight-bearing x rays. Sometimes more advanced imaging such as a CT scan or an MRI is needed. Here at CAO/OFAC, we use our state-of-the-art weight-bearing CT scan (the only one in the region!) to help us diagnose these injuries.

After a syndesmotic injury is diagnosed, a decision on surgery is made with the patient. Sometimes, these injuries can be treated nonoperatively with an extended period of limited weight-bearing immobilization in a cast or a boot. Oftentimes, surgery is recommended for athletes in an effort to shorten the rehab and return to play timeline. Previously, this surgery involved using 2 metal screws to stabilize the fibula to the tibia. These screws are rigid and would have to be removed at a later date, thus requiring a second surgery. The tightrope allows the syndesmosis to be stabilized in a FLEXIBLE manner, keeping the natural motion between the tibia and fibula. Since the fixation is flexible, there is no need for a second surgery. Rehab may begin much faster and return to play may happen as soon as 4-6 weeks. This timeline was made famous by former Alabama QB Tua, who played in the national championship game just 28 days after surgery on his syndesmosis.

The Orthopedic foot and ankle surgeons at CAO/OFAC are well trained in the tightrope technique and have been using it for years on local athletes, both professional and amateur.

The Centers for Advanced Orthopaedics is redefining the way musculoskeletal care is delivered across the region with locations throughout Maryland, DC, Virginia and Pennsylvania.